All Projects
Back to main
role

By taking professional food photographs and incorporating them into graphic design, help the new customer who is unfamiliar to the cuisine to understand Japanese and Korean foods.

And display the print materials on the cafe’s exterior and interior with catchy copies and trendy graphics to giving consumers a good impression of the brand. Which lead to unleashing their ability to meet sales goals.

Snowfox cafe offers high-end retail settings with classic techniques and fanciful creations that created for new sushi lovers in hundreds of American neighborhoods. Snowfox is targeting a fast-paced American who works in the city who need to buy lunch outside of the building and back to the office quick. Therefore the chef prepares bento lunch box, sushi and poke bowl in the morning so that consumer can grab the foods and go to cashier right away.

One of the observations to start with the project, The overall previous designs were inconsistent. As many different freelance designers got involved in the store’s graphic design, the overall designs were scattered with each different character. Thus, I updated the print material design with consistent graphics assets and enhanced overall brand guidelines. 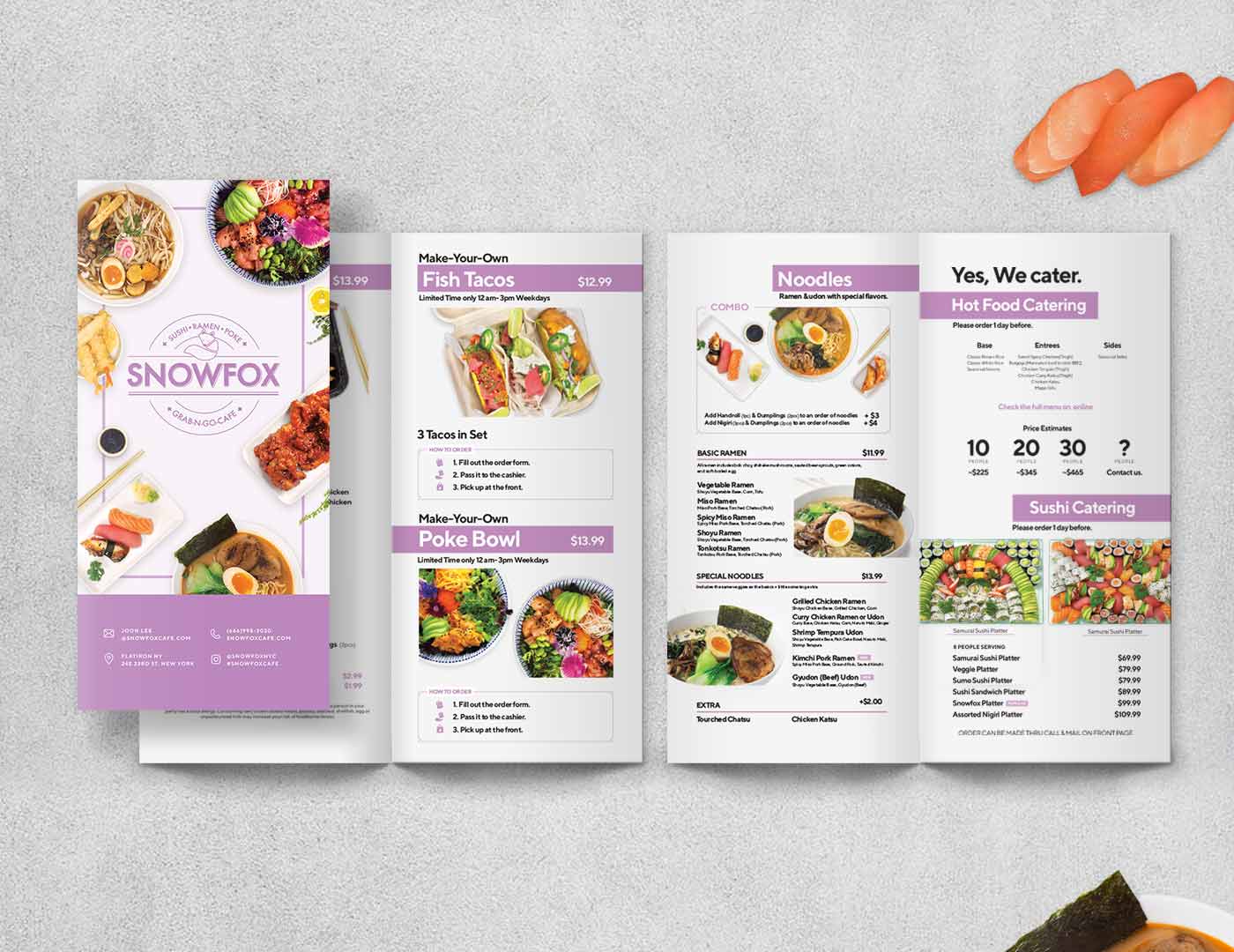 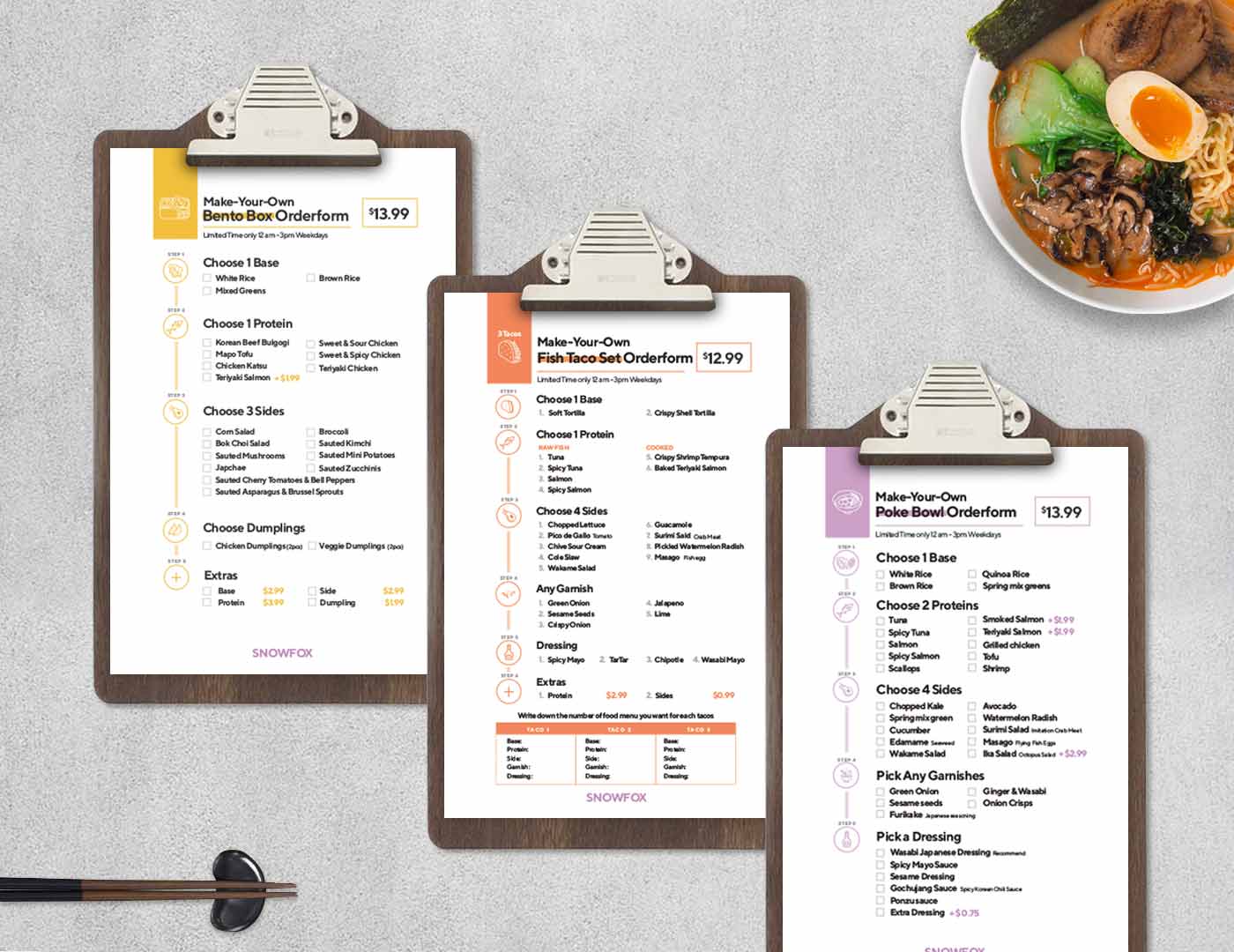 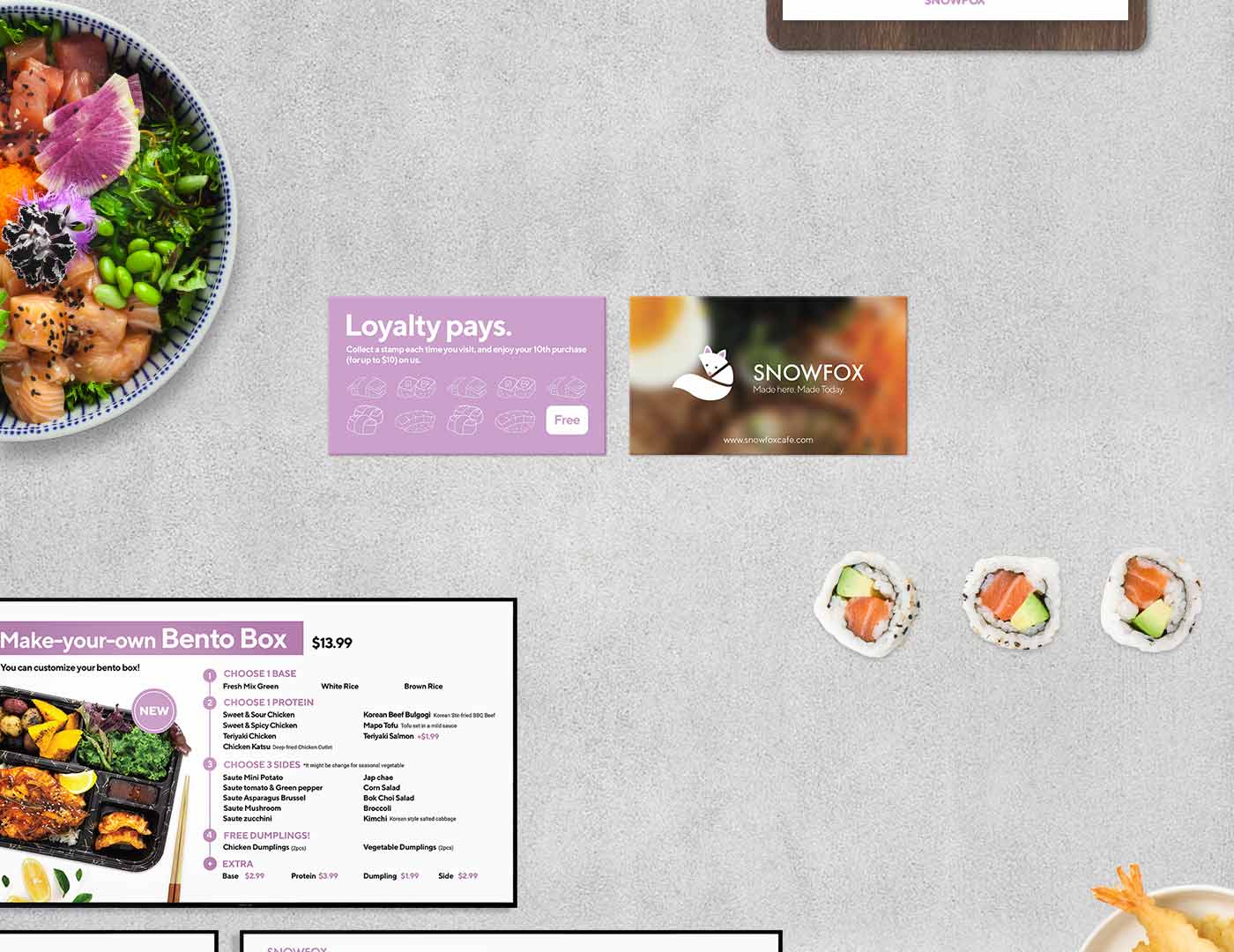 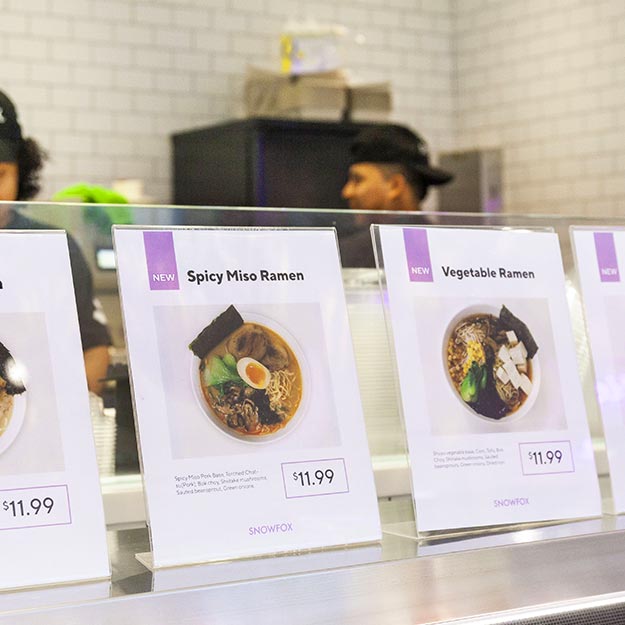 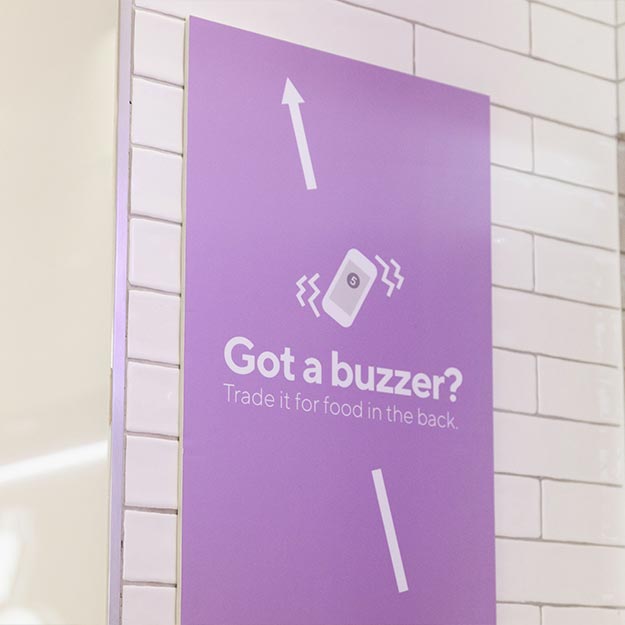 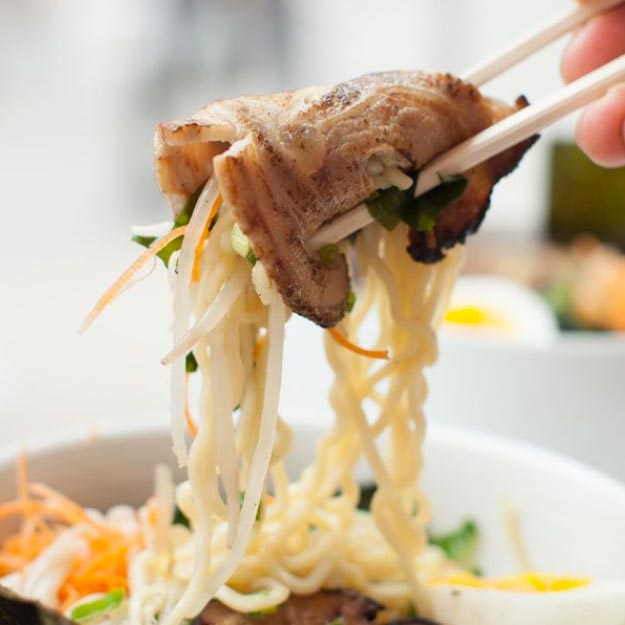 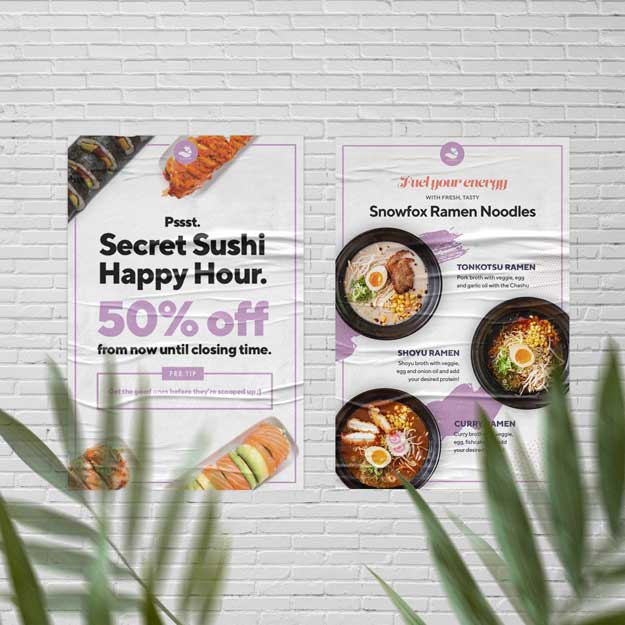 My relationship with Snowfox Cafe

When Snowfox Cafe launched its first store in lower Manhattan, I just arrived in America and help them as a cashier. As I realized what is blocking to increase the sales by communicating with the consumer directly, I pitched my opinions regarding design to manager based on consumer-centered thinking. As a result, my designs contribute to growing sales, and I became the main freelance designer. Through continuous meeting with the team, I’ve been planning and executing about the photo and video productions and developing print materials(Poster, Flyer, Order form, Screen Menu design, and Menu catalogs) for main Newyork hub flagship store and 3 other franchise stores in America.

In the beginning, when I started working with Snowfox, Flat iron store was the only store in America. But Now, with the success of their wildly popular grab-n-go cafés in flat iron store and its founder’s hometown of Seoul, Korea, the brand opened 3 more stores in California and new york including the under construct store. Researching based on regional consumer character, I am developing a different menu and design solution for them. For example, In Las Vegas, considering the understanding stance about Korean and Japanese food is lower than new yorker, we develop the design focused on featured menu lines with hi-lighted food photographs and less complicated words.